Here you can find more detailed information on removing the amplifier plate for the different KEF subwoofer models as follows:

It’s always a good idea to take a few photos in the process.

Reassembly is the reverse of disassembly.

1. Unscrew the 8 screws marked on the photo below. 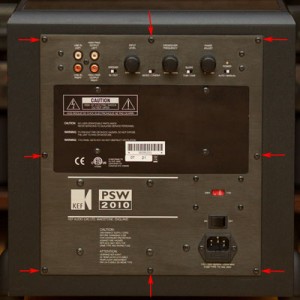 2. Disconnect the two speaker cables from the board inside. Speaker is connected via two spade connectors, the photo below shows the easiest position to turn the amplifier plate after you removed the screws. Start by lifting the bottom side as shown and drop the top left corner in, turning the plate to the left side. Be careful, leads inside are rather short. Best approach is to use small bent nose pliers as shown holding the end of the spade connector.

WARNING: DO NOT pull by the wires, however tempting that may seem! 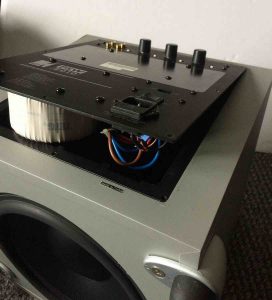 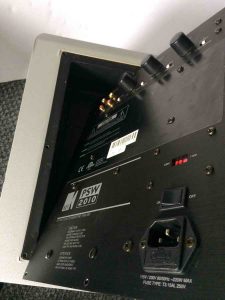 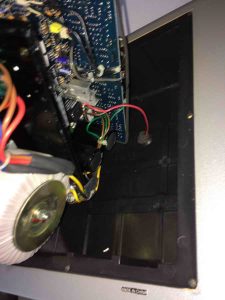 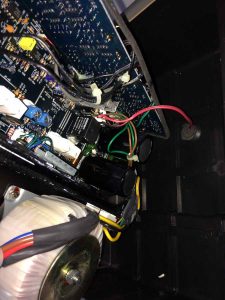 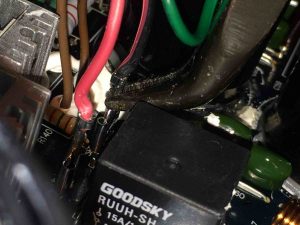 1. Unscrew the 8 screws marked on the photo below.

2. Carefully lift the amplifier plate – you can safely hold and pull by the 8 high level connectors. Depending on your amplifier revision, there will be 2 or 3 connections to disconnect inside.

1. Undo the screws circled in RED, according to your model. 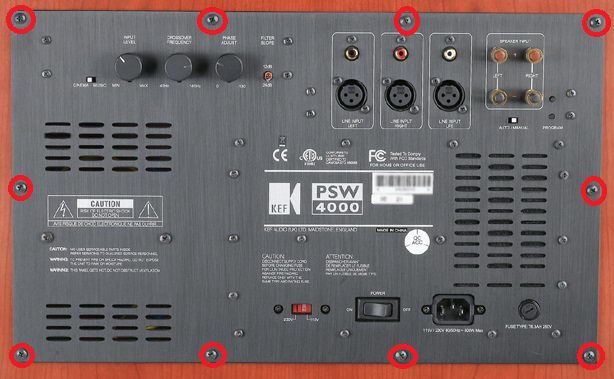 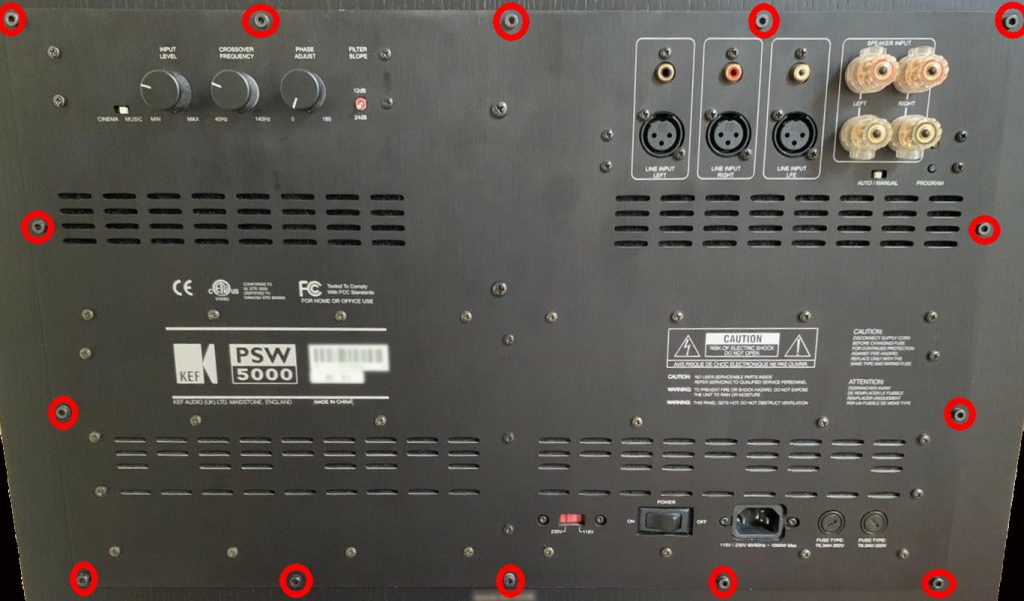 2. Carefully lift the amplifier plate – you can safely hold and pull by the 4 high level connectors. There will be 2 connections to disconnect inside:

Kube-1* – Refer to the photos below to identify which version of Kube-1 you have. 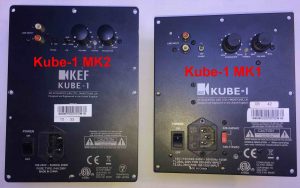 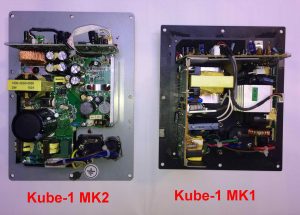 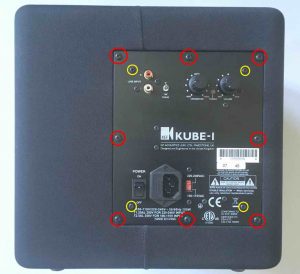 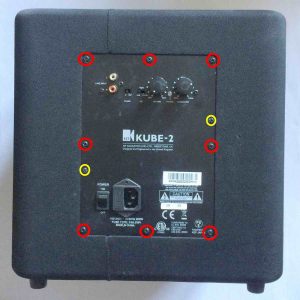 2. Carefully pull up (try not to pull by the knobs). The amplifier will come out with the back box it’s contained into. That’s the safest way to send, as it protects the internal electronics. 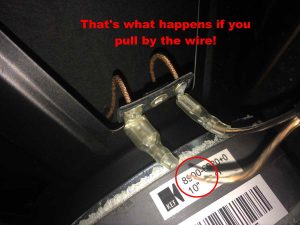 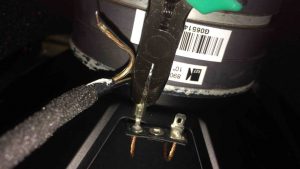 In some cases the speaker may be mounted as such, that access to it’s terminals is not directly possible as shown. That’s particularly true with Kube-1 subwoofers. If you can not safely access the speaker driver terminals to undo the spade connectors, remove the screws marked in yellow according to your model and separate the amplifier plate form the back box, disconnecting the speaker connector on the inside. Usually that connector would have some glue over it, to prevent it loosen up from vibrations, so carefully pry the glue off as needed and undo the connector. 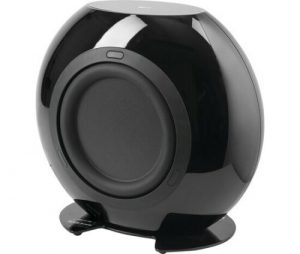 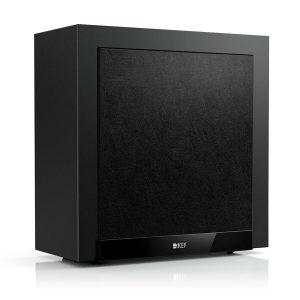 Amplifier modules are not easily removable, so you’d need to send the whole unit. These are not easy to package safely, so best option is if you have the original packaging.